“On this day in history” 26 June 1916, Royal Navy Courageous-class battlecruiser HMS Furious was placed into commission.

Furious was modified to become an aircraft carrier trials ship, her forward turret was removed and a flying-off deck added. Floatplanes, such as the Short Admiralty Type 184, would land on the water for recovery.

Between November 1917 and March 1918, Furious underwent further conversion. Her aft turret was removed and a landing deck added. Elevators were installed to service aircraft hangars.

The modifications proved unsatisfactory, particularity due to the separate flying-off and landing decks, and in 1921 Furious was taken in hand for further conversion.

The work was intensive and took place at HM Dockyards Rosyth and Devonport. Her bridge superstructure and funnels were removed to provide for a full-length flight deck. A two-level hangar was built under the flight deck and serviced by two elevators. Furious recommissioned in 1925.

HMS Furious after completion of her major redesign (NHHC 60973).

By the outbreak of war in 1939, Furious was serving as a deck landing training carrier. She was then assigned to the Home Fleet to replace Courageous, lost on 29 September.

On 10 April 1940, Furious embarked Swordfish aircraft of 816 and 818 Naval Air Squadrons for service in the Norway campaign. Without fighter aircraft, she was vulnerable to German attack, and on 18 April bombs dropped by an He.111 damaged her propeller shafts.

After repairs, Furious sailed for Canada carrying £18,000,000 in gold bullion. This was part of Operation Fish, the temporary evacuation of British wealth to safety in Canada during the Second World War. The British bullion – amounting in total to $25 million (~ $28 billion in 2016) – was stored in a specially constructed vault at the Sun Life Building in Montreal.

Furious served with Force H during Operation Torch in 1942 and with the Home Fleet during two operations against the Tirpitz – Operation Tungsten in April 1944 and Operation Mascot in July 1944.

“On this day in history” 12 June 1943, German Type XB submarine U-118 (KrvKpt. Werner Czygan) was sunk with depth charges by a flight of Avenger aircraft operating from the US Navy escort carrier USS Bogue (ACV/CVE-9). There were 43 dead (including Czygan) and 16 survivors. The wreck of U-118 lays west of the Canary Islands at 30.49N, 33.49W.

Remarkably, a gun camera photo of the attack exists. The photo is in the collection of US Naval History and Heritage Command.

Feature length documentary (61 minutes) demonstrating a Royal Navy and Royal Marines exercise in the Far East. Filmed during 1964/65 and based on Exercise ‘Dark Night.’

With 40 Commando, 42 Commando, and 845 NAS aboard the commando carrier HMS Bulwark (R08). The “Rusty B” was deployed East of Suez with the Royal Navy’s Far East Fleet throughout the 1960s and served during the Konfrontasi with Indonesia.

Ships of the Royal Fleet Auxiliary include the replenishment oilers RFA Tidepool (A76), RFA Tidesurge (A98), and RFA Bayleaf (A79).

Looks like a Phantom of 892 NAS ready to launch from the waist cat.

On this day in history, 9 June 1953, Royal Navy ships assemble for the Coronation Fleet Review of HM Queen Elizabeth II.

“A part of the great assembly of warships taking form at Spithead in preparation for the Coronation Fleet Review.” (IWM A 32574)

USS Oriskany (CV-34/CVA-34) was an Essex-class aircraft carrier in service with the US Navy from 1950 to 1976. After decommissioning, Oriskany was laid up at the Naval Inactive Ship Facility at Bremerton, WA. The Navy announced on 5 April 2004, that it would transfer the former aircraft carrier to the State of Florida for use as an artificial reef. Towed to Pensacola, Oriskany was sunk with explosive charges on May 17, 2006. She now forms an artificial reef in the Gulf of Mexico. 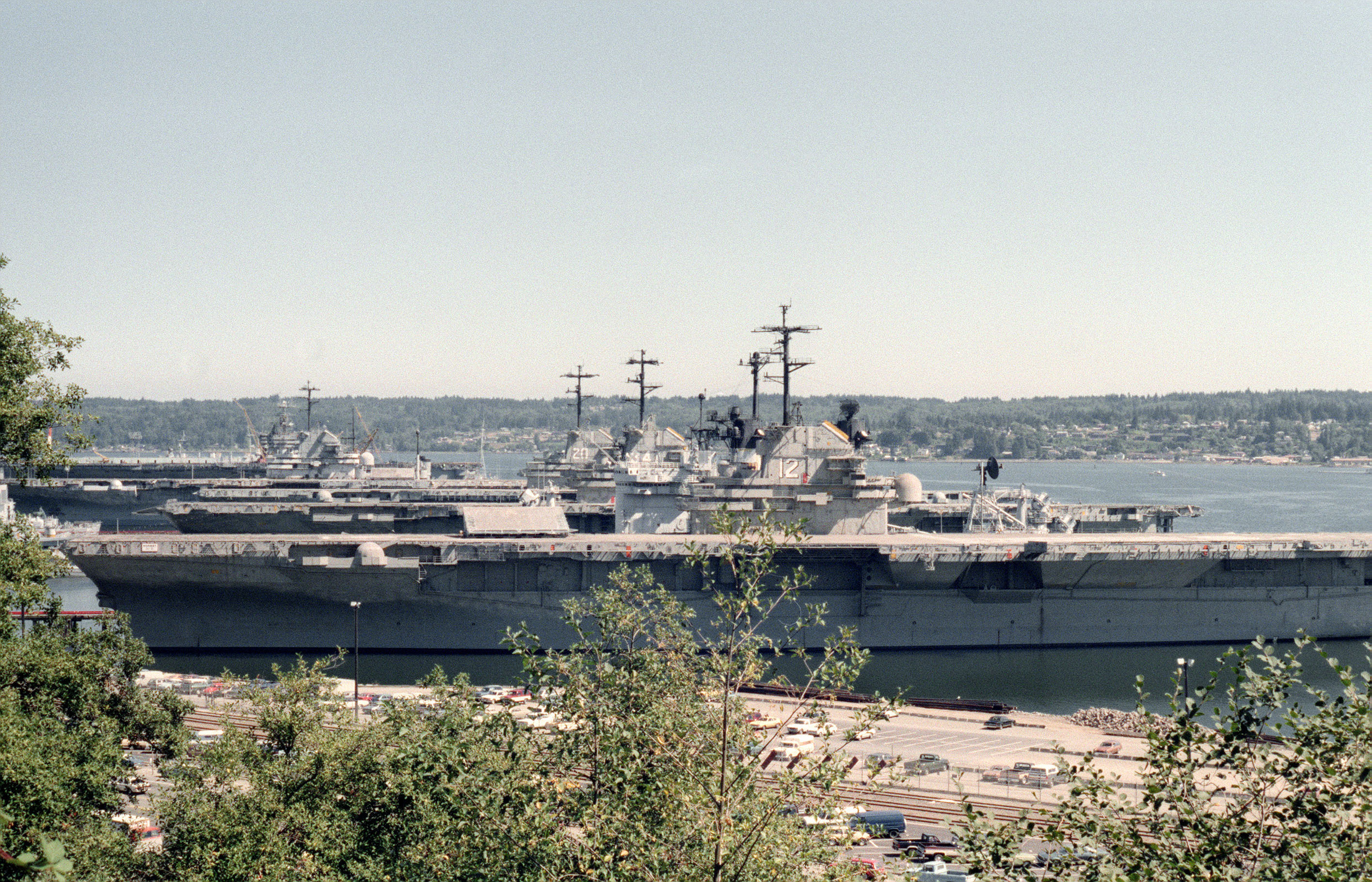 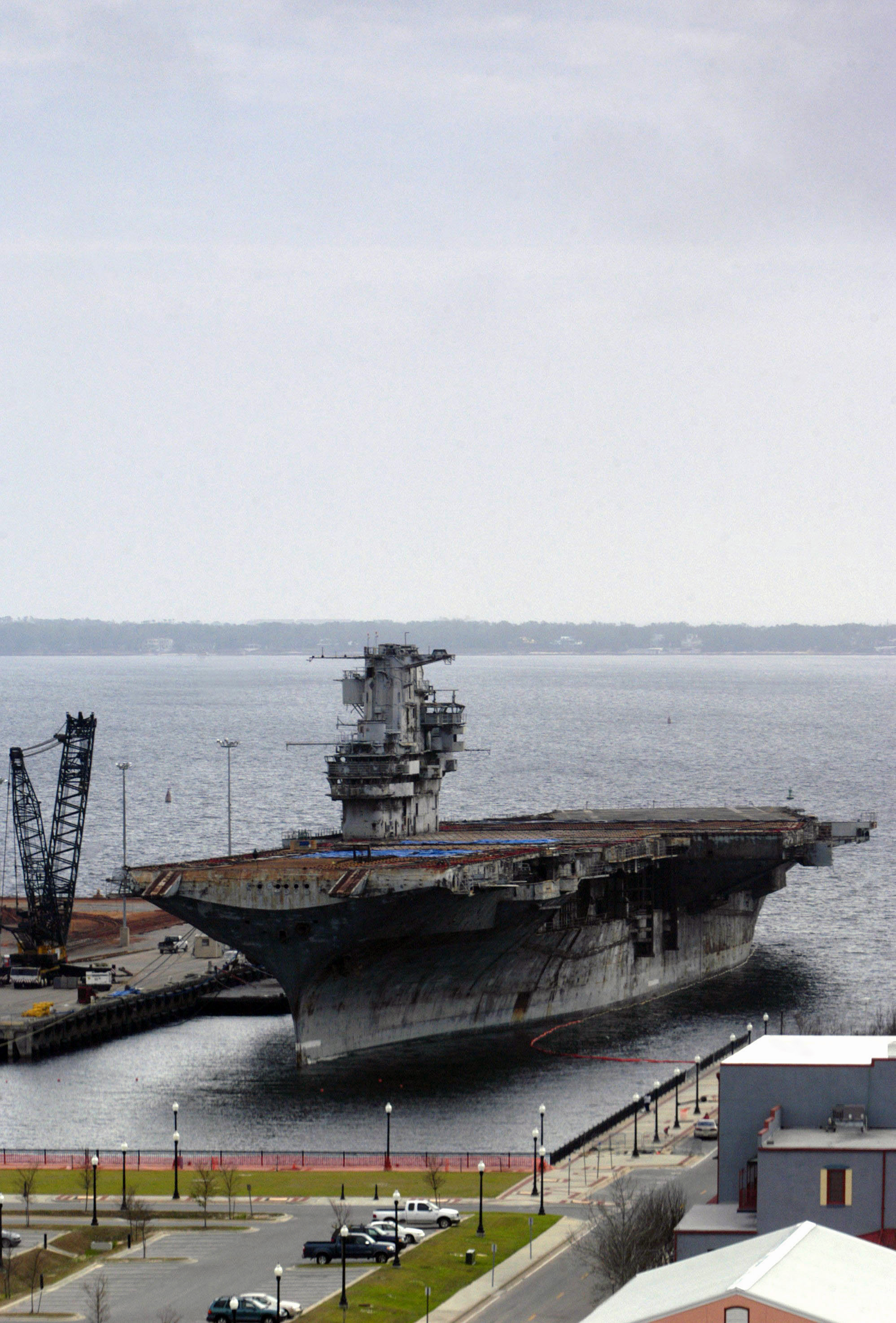 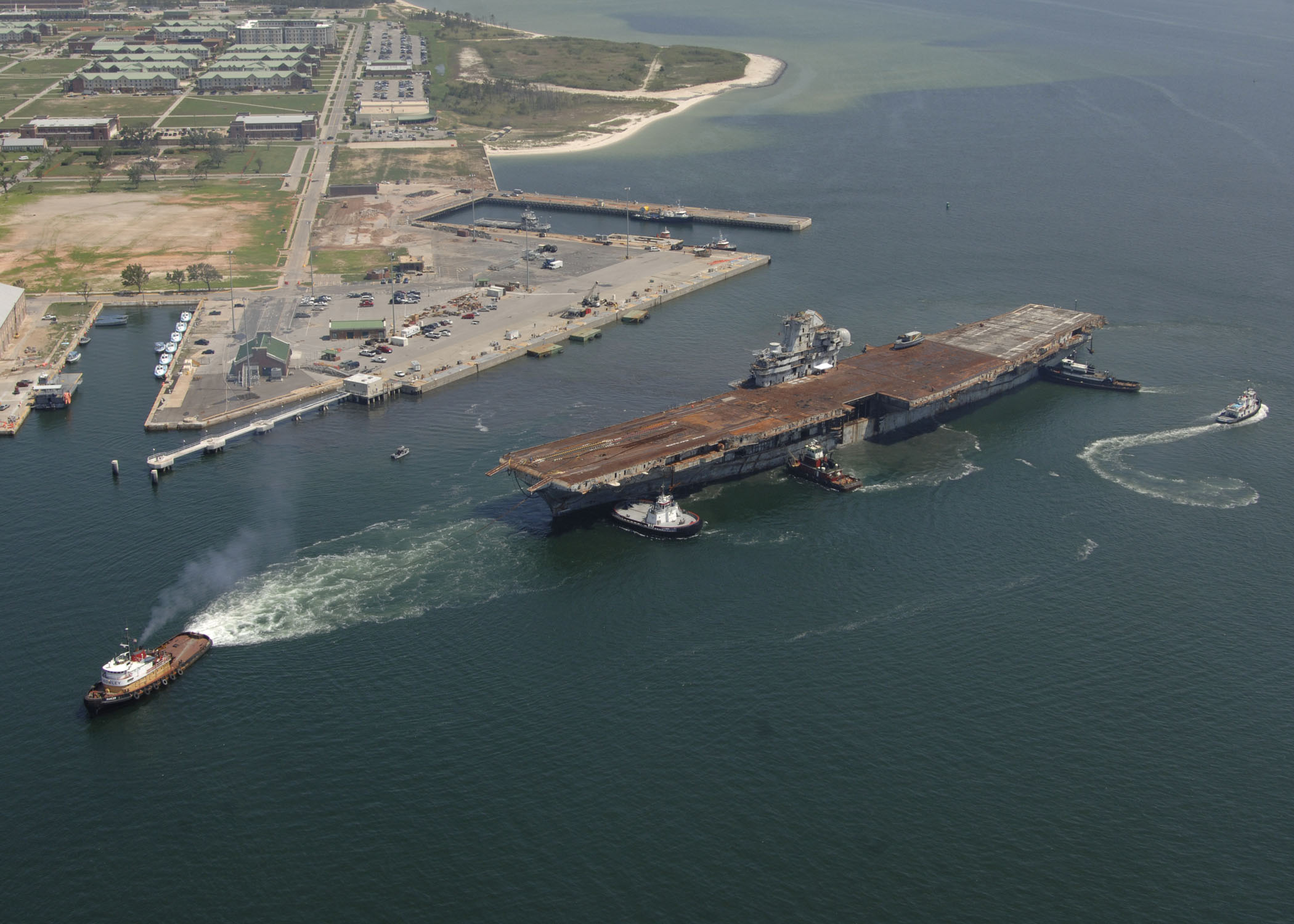 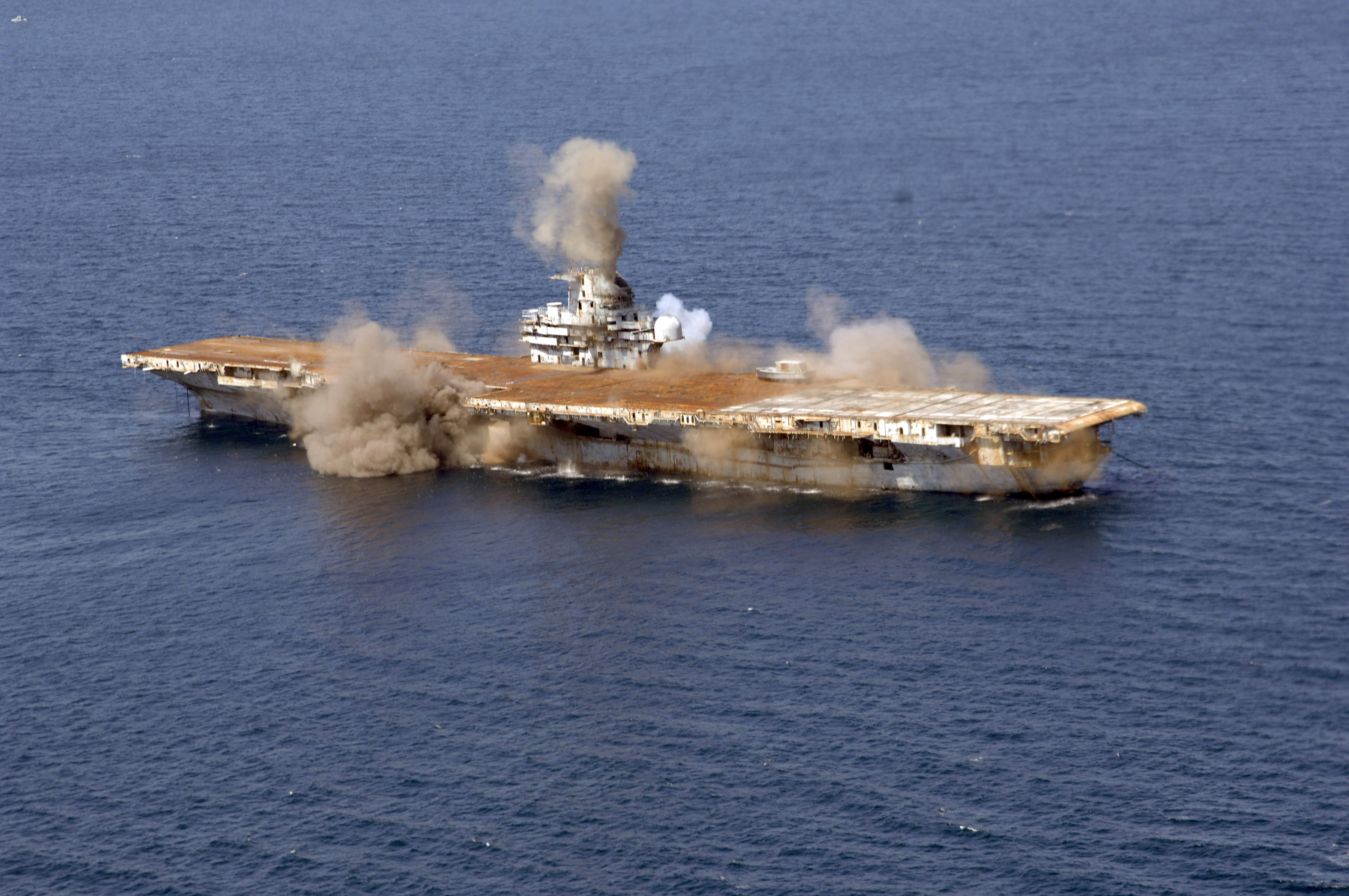 Explosives detonate aboard the decommissioned aircraft carrier USS Oriskany (CVA 34) in the Gulf of Mexico during SINKEX to create an artificial reef on June 17, 2006. VIRIN: 060517-N-JC459-001. 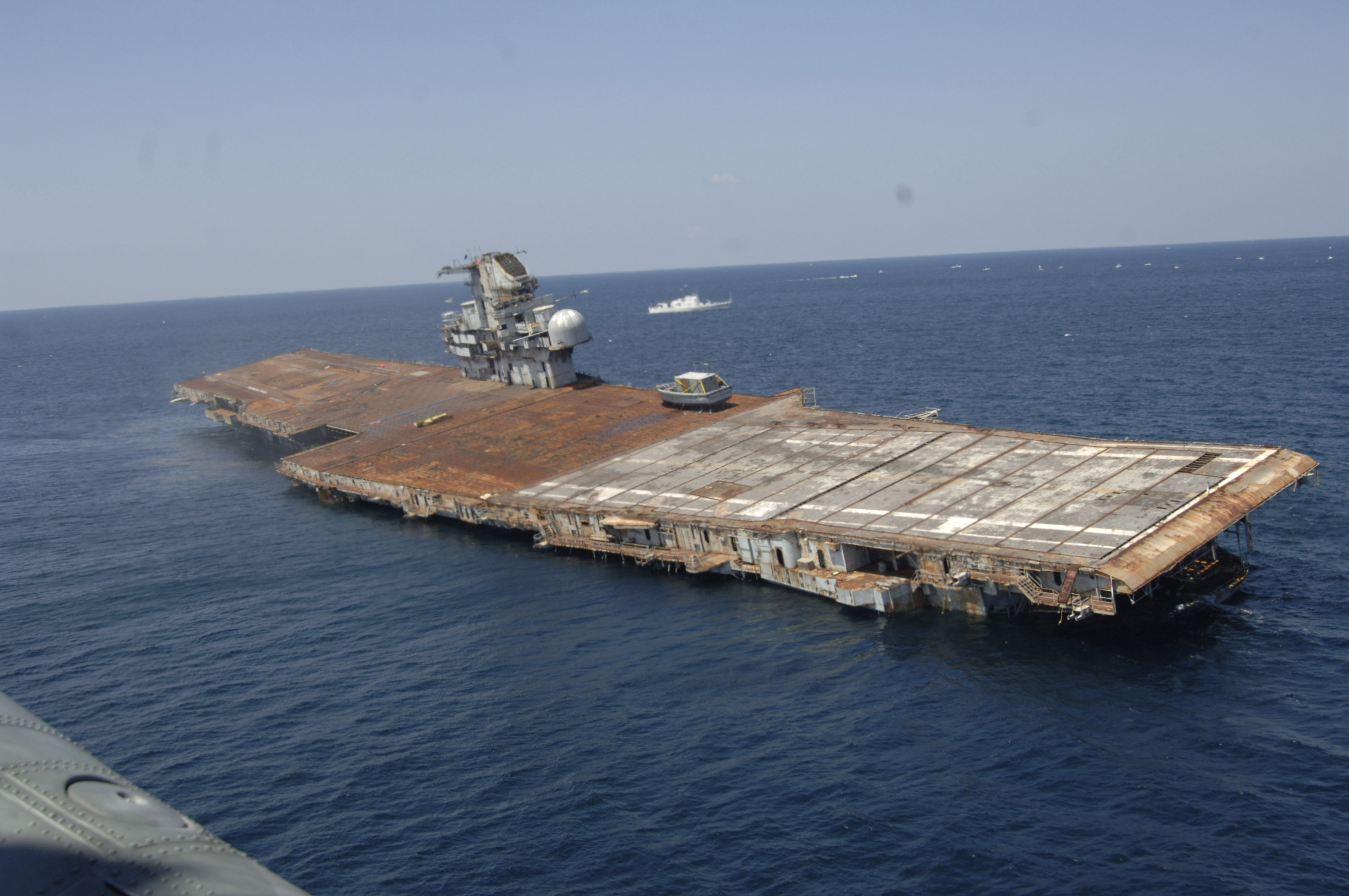 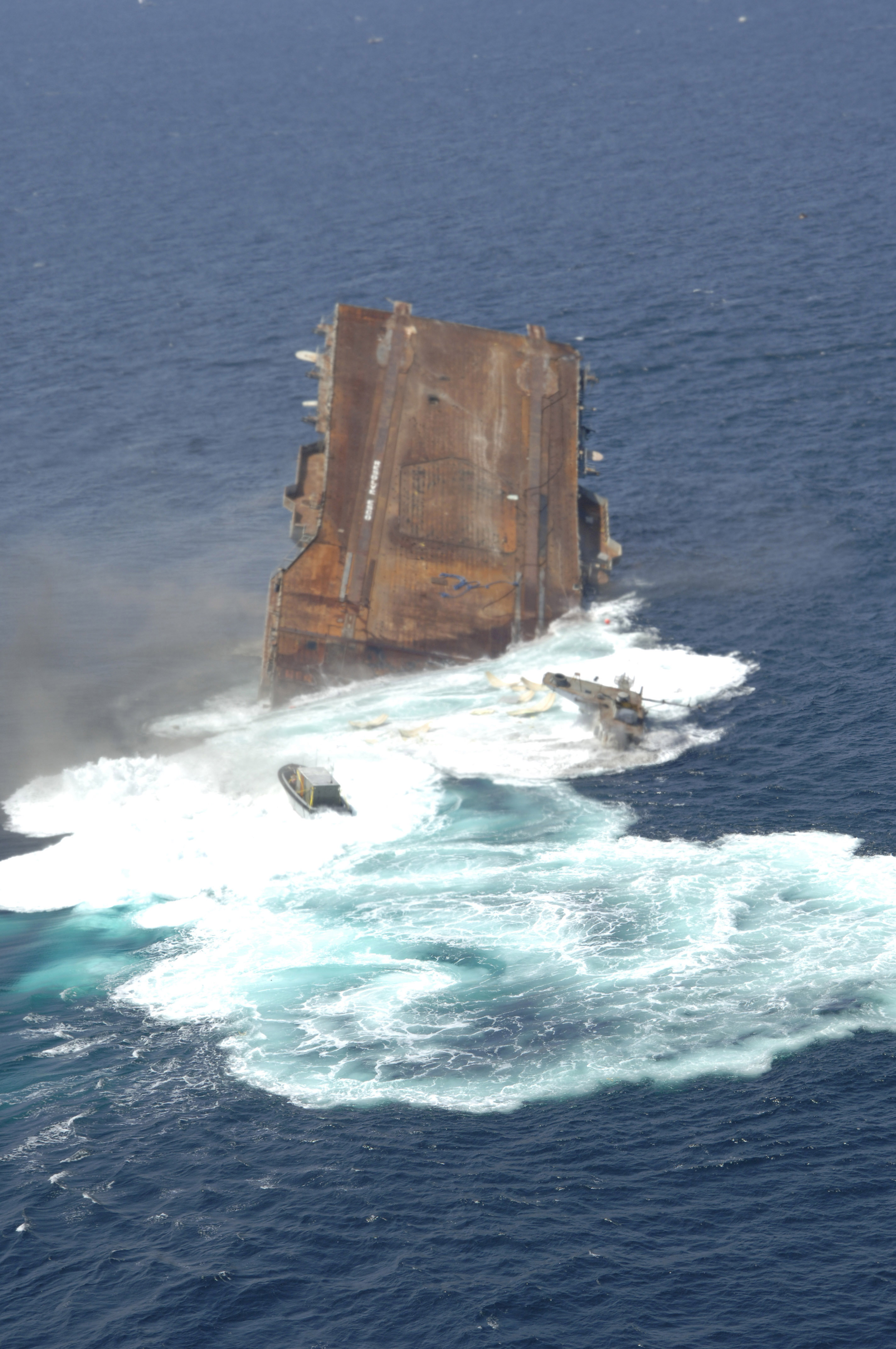 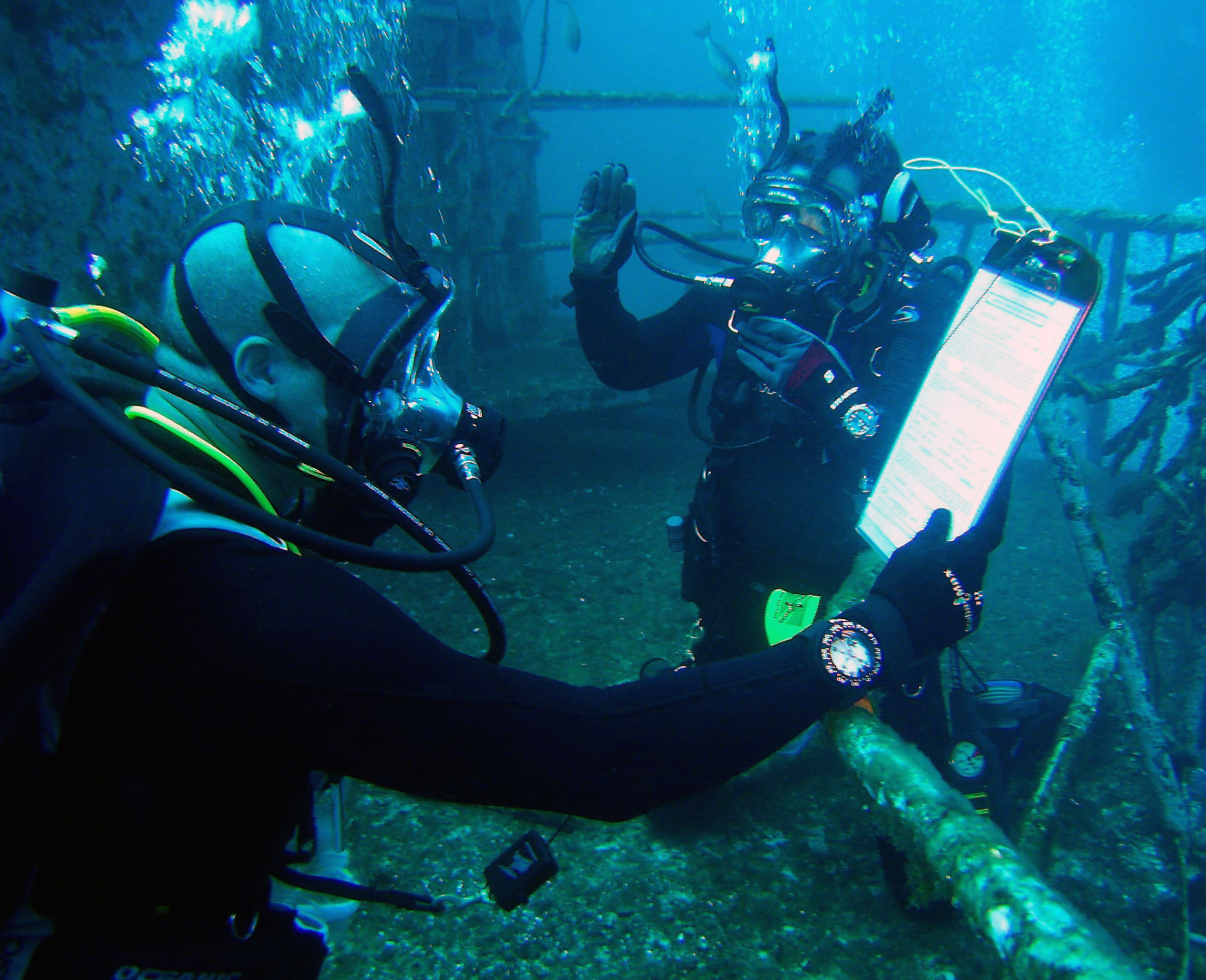