Under operational control of Commander Submarine Group 7 (Guam), the USS Emory S. Land (AS-39) was previously forward deployed to Diego Garcia in support of Fifth Fleet operations. The move to Subic Bay and Seventh Fleet’s area of operations represents a refocus of US naval strength in the anticipated post-Afghanistan era.

The US Navy’s return to Subic Bay seems fully supported by the Philippines government. In addition to providing a home to visiting US Navy vessels, Subic Bay could prove to be an idea location for basing forward deployed the new littoral combat ships that are now entering the fleet.

The following reports the results of every Special and General Court-Martial convened within the United States Navy from January through June 2013. The cases are separated by the Navy Region in which they were tried. 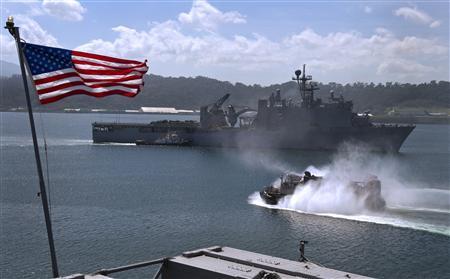