Minesweepers clearing approaches to the invasion beaches ahead of D-Day, 6th June 1944. Oil on canvas by Norman Wilkinson in collection of National Maritime Museum.

This my grandfather’s account, published in The Worthing Herald on August 27, 1943.

Les Bober was serving on the Bangor-class minesweeper HMS Rye (J76) with 14th Minesweeper Flotilla, clearing the approaches to ACID North and ACID South beaches on the night of 9th-10th July, then remaining in the area through 18th July carrying out anti-submarine patrols, mine clearance, and escort duties. Rye’s captain during Operation Husky was Lt. J. A. Pearson, RNR.

HE WAS IN SPEARHEAD OF SICILY ATTACK

The first Englishmen to approach Sicily as the tip of the spearhead of the Allied invasion of the East Coast near Noto were the crews of four minesweepers which cleared a channel for the huge Armada which followed them.

On one of those minesweepers was a Worthing man, Sick Berth Attendant Leslie Bober, eldest son of Mrs. Wooster, of “Trevone,” Trevor-close.

A graphic account of his experience was given by Bober to the “Tripoli Times,” writes a military correspondent.

I am reliably informed that the “military correspondent” was my grandfather and that he forwarded the Tripoli Times article to his hometown newspaper.

Bober, who is 29 years old, was employed as a printer before the war, and worked for the “South London Press,” and for a time for B. H. Gadd, Wenban-road, Worthing. He runs a paper on board his ship, and has a gift for writing. He joined the Navy at the outbreak of war, and has two other brothers at sea, one in the Navy like himself, and the other in the Merchant Service.

Bober told the correspondent: “I was on board one of the first four minesweepers which approached Sicily on the Friday night of the invasion to sweep a channel for the invasion craft.

“We didn’t know where we were going until we had put to sea. We sailed to the east and then turned into Sicily. Our skipper came down and drew a map on the fo’casle and told us we were going to invade Sicily. He didn’t show a trace of excitement – just as if he were explaining some plan in peace-time. We all felt a bit mixed, but the chief feeling was “It’s come at last.”

“We swept a path into Noto harbour, on the east side of Sicily below Syracuse. We were expecting hell and we were feeling a bit tense. But strangely enough there was absolutely no opposition worth talking about. As we approached we could see our Fortresses giving them a terrific thumping, but their searchlights and ack-ack weren’t at all what I was expecting to see.

Noto is a town ~5km inland. He means Golfo di Noto, the wide inlet south of Syracuse. The harbour is Lido di Noto, a fishing village and beach town.

“We swept quite close inshore. We had heard that the paratroops had gone in and we all felt that the good job they had done was the reason why we were not getting all the attention we had expected.

“We stayed in Noto Bay until dawn and then we went in again to sweep in front of the troop carrying lighters. There were a few shots but nothing at all really. It was just like bringing them into Tripoli harbour.

“We could see the troops landing on the beaches and the civilians packing all their goods and scrambling away. Along the shore there were one or two fires.

“Our troops walked in; then they landed artillery and they started a barrage. Meanwhile the landing barges were going to and fro among the immense armada of ships. It is impossible to give any idea of the sight of those thousands of ships. Everywhere you looked there were ships, all the ships that you see in the London and Liverpool docks. There were battleships and cruisers, destroyers, troopships and the landing craft going backwards and forwards. We all said it was ‘Britain’s Day Off’!

“In the morning after the first troops had landed at Noto we swept up to Syracuse where they were landing Commandos. We would see columns of smoke going up as we swept into the harbour.

This would be No. 3 Commando (Lt Col Durnford-Slater), veterans of Vaagso and Dieppe.

“Again there was no opposition. We could see the people on the shore running away and we saw, too, the Italian flag fluttering down from the flagpole over the signal station and the White Ensign went up.

“The Italians had evidently not expected us. Our airplanes were sweeping overhead all the time – droves of them. We could see too on the shore the broken gliders that had crash-landed in Sicily. The whole show seemed brilliantly organized.

The “broken gliders” were some of the 147 gliders carrying 1st Airlanding Brigade (Brig Philip Hicks), 65 of which crash landed in the sea, others were blown off course, and only 12 landed in the target area.

“The coast of Sicily between Noto and Syracuse reminded me of Peacehaven. In places along the coast we could see the soldiers getting the railway working; and all the time inland there was gunfire.

Peacehaven is a small coastal town in East Sussex, close enough to Worthing that readers of The Worthing Herald would be able to imagine the terrain.

“We got a few air attacks at night and they were pretty heavy but our ships put up a terrific barrage.”

The original poorly-preserved article from 1943. 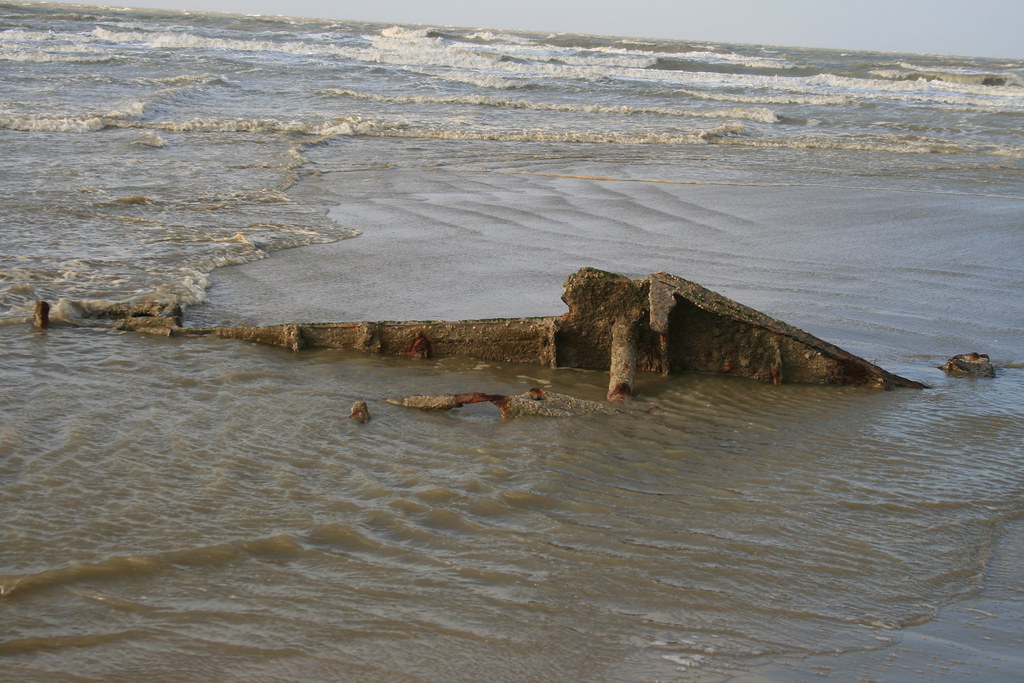 My grandfather owned a book ‘Warships of World War II’ (H.T. Lenon & J.J. Colledge, price 35/-) that provided me with untold hours of statistical wallowing when I was a lad. I inherited the book in adulthood and it’s one of the few that travelled with me when I joined the ranks of expatriate Englishmen. It’s here beside now while I sit overlooking my wintery garden, drinking my umpteenth cup of morning coffee and thinking of times past.

My grandfather annotated the book with slips of paper that are filled with his neat copperplate handwriting. I’m looking at one where he notes his decision to join the Royal Navy.

“Iron Duke. I went aboard this ship when a Territorial gunner in City of London Battery on weekend training at Southsea, Victoria Barracks, Hants, during 1936. It was this visit which decided me to enlist in the Royal Navy if war should come. The ships company’s food was far better than we were getting as gunners, and of course, cigarettes were duty free. I was aged 23 at the time.”

As you can see, my grandfather was a purely practical man with an eye on good food and cheap tobacco.

Oh yes… a family of patriots, one and all 🙂

As for what the book says about Iron Duke:

The IRON DUKE had been de-militarised as a Gunnery Training Ship and had her boiler power mutilated and speed reduced, here main belt armour removed and two turrets (“B” and “Y”) taken out. Deck and internal armour and the second battery were left intact and varying lighter calibre guns were added and removed from time to time for instructional and experimental purposes. Owning to severe bomb damage received early in the Second World War the IRON DUKE was grounded at Scapa Flow but continued to serve as a base ship.

Anyway, war came and my grandfather and his brother motored down to Portsmouth on a BSA motorbike to enlist in the Navy.

Here he is in Malta in 1943, already switched from cigarettes to a pipe (future tobacconist’s shop no doubt in his mind).

He was the SBA on HMS Rye. The stories about that can wait for another day.

A handy timeline of the Prince’s naval career, FYI.

A formal visit to the Russian Baltic Fleet will be followed, of course, by a football tournament.