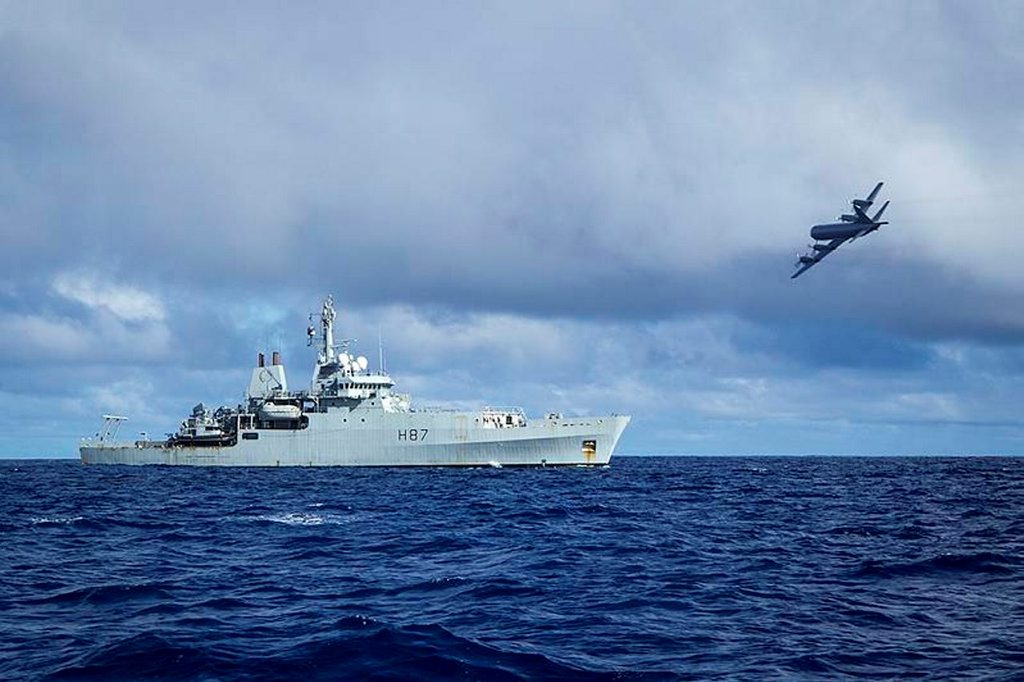 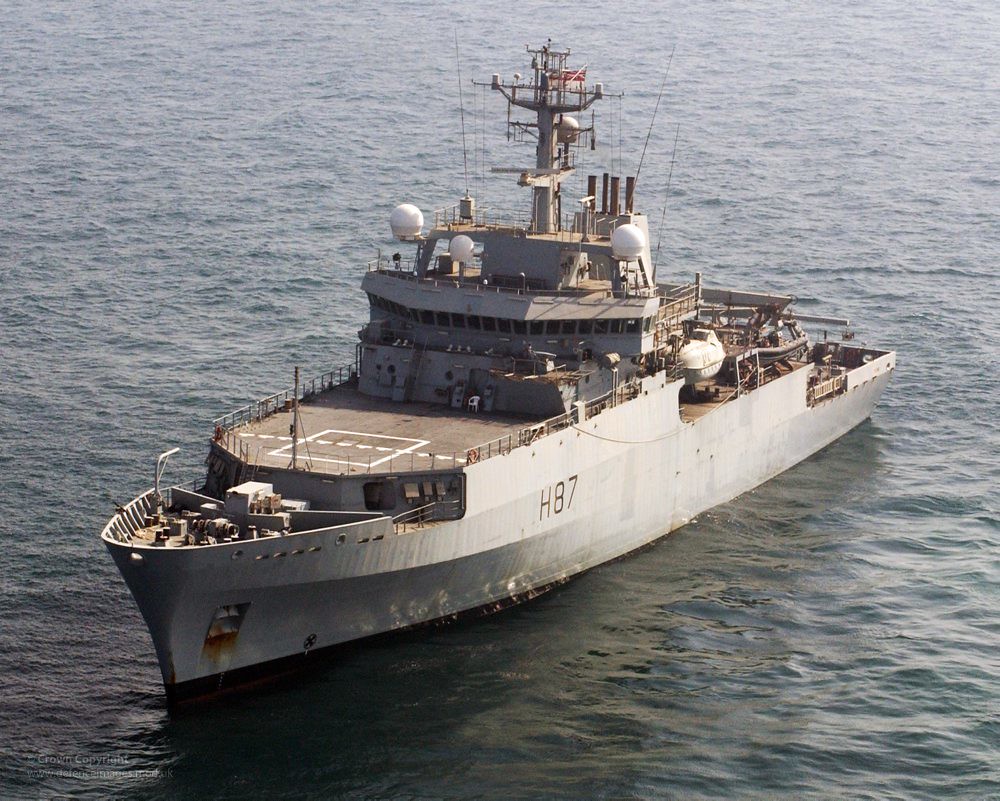 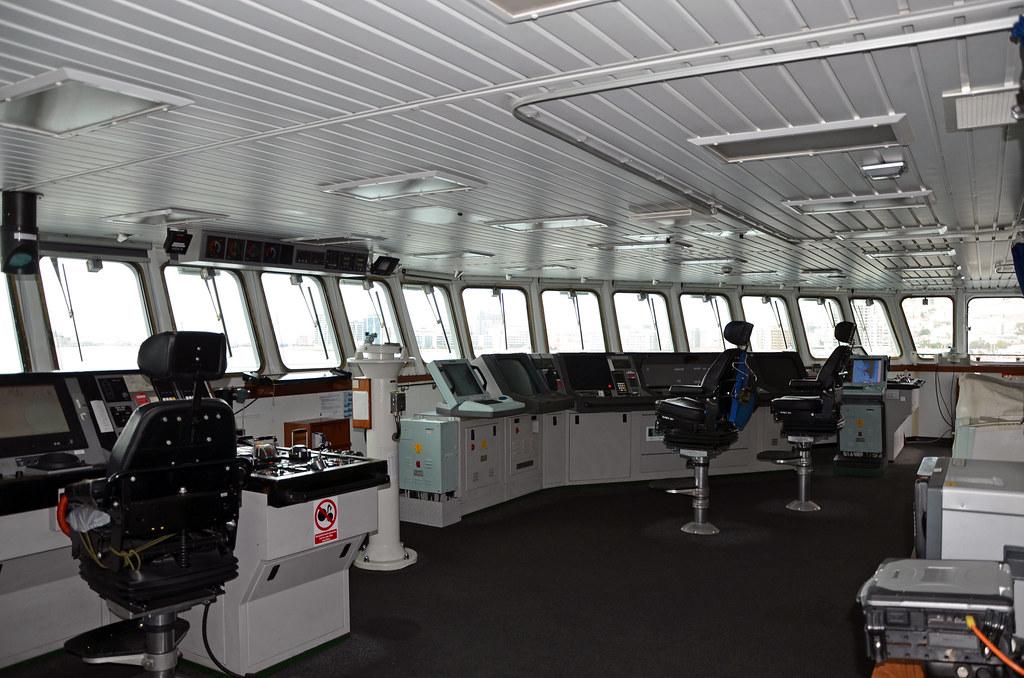 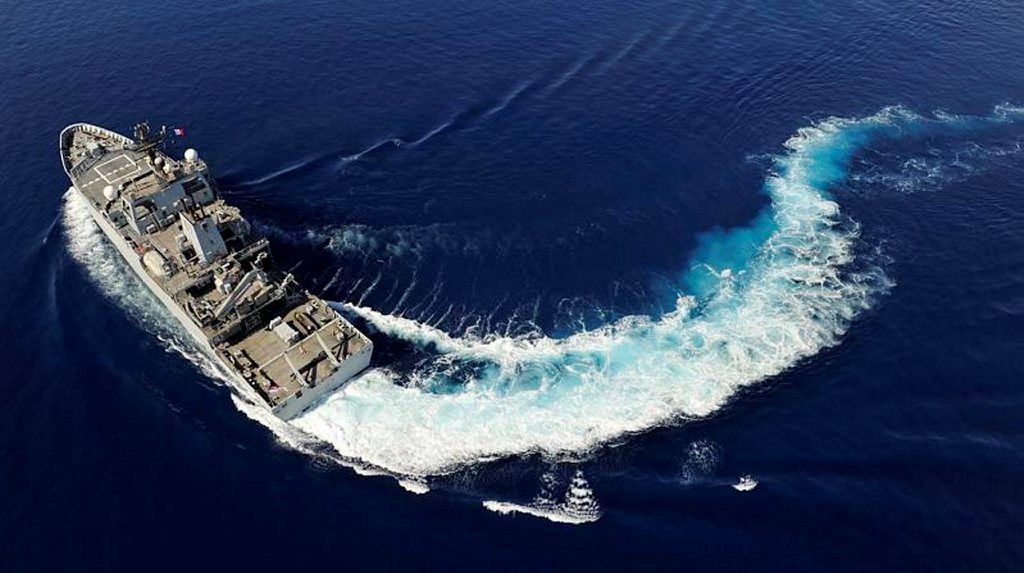 HMS Protector (A173) was chartered in 2011 as a temporary replacement for HMS Endurance (A171). She was purchased outright by the Ministry of Defence in 2013 when it became clear that Endurance would not return to service.

Her ship’s company are off on a double deployment to the frozen continent of Antarctica.

When the ship returns, she will head for her new home port of Devonport in Plymouth.

The 5,000-­tonne ship will stay in the region for two consecutive deployments, returning to the UK in spring 2015.

She will conduct surveys and patrols on behalf of the UK Hydrographic Office, British Antarctic Survey and Foreign and Commonwealth Office.

‘We have installed a number of equipment upgrades and improvements and having completed operational sea training we are now ready for the challenges of the planned double deployment.

‘Experienced members of the crew and new ones alike are very much looking forward to this deployment and proudly flying the White Ensign and the Union Flag around the Antarctic territories and the region.’

Endurance been out of service since 2008. All we’ve been doing for the last 5-years is waiting for the shoe to drop. Protector is a perfectly adequate replacement. So there’s no need for drama. Besides which, the Endurance that many of you are no doubt thinking of is this one (1967-1991) and not this one (1991-2008).

HMS Endurance, which was replaced by HMS Protector in 2011, is also known as Red Plum

The Royal Navy’s former ice patrol ship HMS Endurance – damaged when its engine control room flooded off the Chilean coast in 2008 – is to be scrapped.

The Ministry of Defence (MoD) said the Portsmouth-based ship, which was replaced by HMS Protector in 2011, would go out of service in 2015.

A MoD spokesman said the “damage sustained” by the ship off Chile meant repairs were not “economically viable”.

The incident near South America saw 15 civilians airlifted to safety.

The spokesman said: “Given the level of damage sustained and the subsequent deterioration of the ship, it was not considered economically viable to repair her.”

The mission of the ship, which is also known as Red Plum, was to patrol and survey the Antarctic and South Atlantic. That duty has now being undertaken by HMS Protector.

HMS Protector underwent a refit to join the Royal Navy.

HMS Protector was built in 2001 as an Antarctic research ship and was formerly known under the Norwegian name of MV Polarbjorn.It underwent a refit to join the Royal Navy and was officially named HMS Protector in June 2011.

The MoD spokesman said £5m had been spent “to bring HMS Protector up to the Royal Navy’s world-class standards” and work had been done to improve the ship’s communications systems and add specialist hydrographic equipment, including a survey motor boat.